A coalition working to preserve and nurture a healthy regional system of parks, trails and natural areas 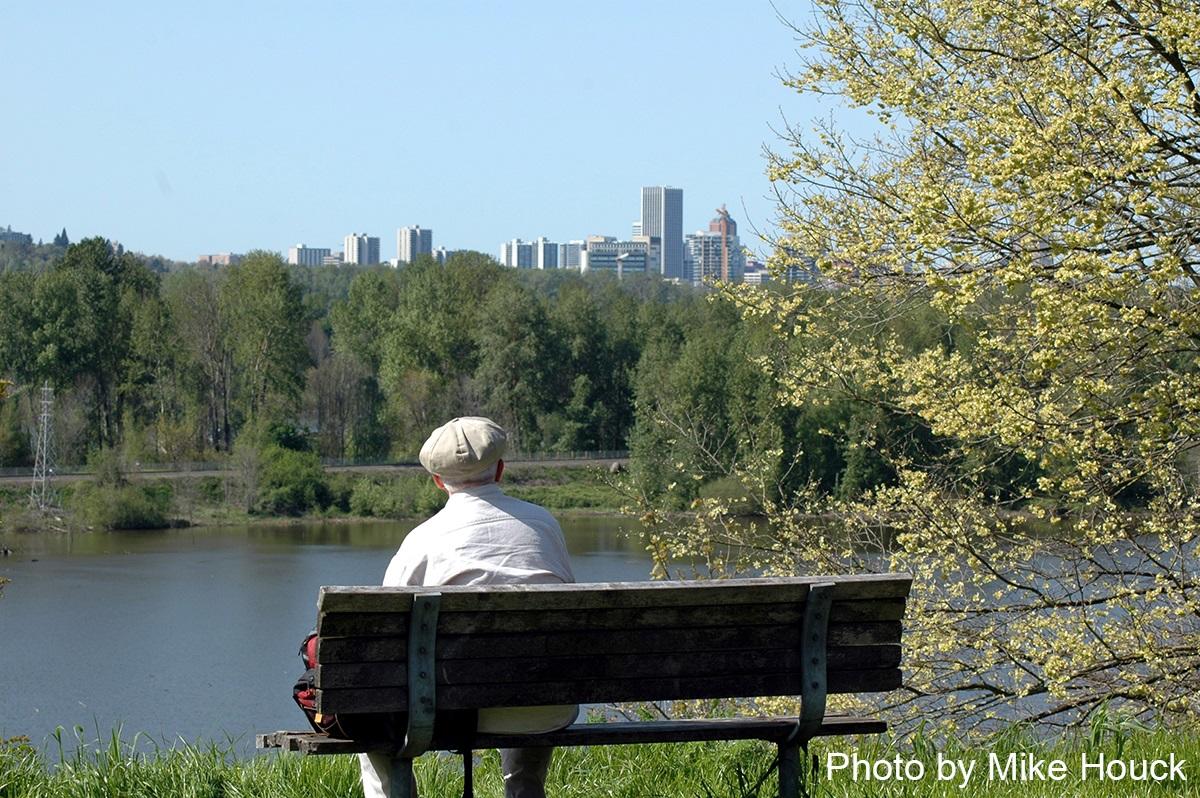 Intertwine Alliance partners The Nature of Cities, The Bullitt Foundation, Urban Greenspaces Institute and Portland State University Institute for Sustainable Solutions are teaming up for the Nature of Cities Summit: Exploring Paths to Collaboration on Green Cities. The event will feature a group of 25 green city luminaries from around the world for an afternoon of presentations and small group discussions, followed by a happy hour.

Space is very limited; tickets range from $15 to $30, with early-bird registration available through Friday, April 7.

The summit is part of a three-day event, April 25-27, during which the international delegation will work with a group of local leaders to explore the potential for an international symposium on the “nature of cities” in 2018.

Themes will include: adaptation to climate change and green infrastructure, equity and inclusion, governance across jurisdictional boundaries, creating university and community partnerships, and sustaining green city building over time.

Visit the International Symposium Planning Retreat page (link at left) for more information about the international and local cohort, and the work they will be doing April 25-27.

· Lorena Zárate, Mexico City. They are not informal settlements—they are habitats made by people

Roundtable discussions with international visitors, local experts and stakeholders. Participants choose the table they’d like to be part of.

· Andrew Rudd, New York. The big picture—So many global conventions, from Habitat III, the SDGs, to the Paris Climate Accord. So what? What’s next?

Roundtable discussions with international visitors, local experts and stakeholders. Participants choose a different table they’d like to be part of.

Light food and beverages, opportunity to network and engage with international guests

1. Big international agreements: What are they? Why do they matter?

There have been numerous global gatherings and agreements in the last few years: the World Urban Forum (Medellín), the U.N.’s Sustainable Development Goals and its urban SGD#11, the Paris Climate Agreement, Habitat-III and its “New Urban Agenda”, and so on. Why do they matter? How are they doing? Why should the Portland-Vancouver metro region care?

Mumbai has only 1 percent of the open space that New York City has. Forty percent of its population lives in slums; 70 percent are impoverished. Yet, the City of Mumbai had no public maps of its slums. It had no maps of its green spaces. This lack of open information led to all kinds of cozy arrangements between developers and government, and very poor planning. Creating open maps (“open Mumbai”) changed the politics of planning and dialog in Mumbai for the better.

New York harbor and the wider estuary spans two states, a mega-city (>20 million people), and countless jurisdictions of all sorts, federal to state to local to civic. Rio de Janeiro, also a mega-city (>12 million) on the Atlantic Ocean, has struggled to navigate a World Cup and Olympics while maintaining livability and ecological health. Both comprise a wide range of important ecosystems that are key to the ecological health of the region. What are the keys to building successful coalitions of politics, people, and science that produce better cities?

4. Shouldn’t planners and ecologists talk to each other more? Yes.

It makes a lot of sense that urban planners and ecologists would have a lot to say to each other. But they don’t talk so often, much to the detriment of city building. How can such dialogue be encouraged and nurtured? If you are en ecologist, how could you do better? If you are a planner, how could you do better? Here are successful examples from Salt Lake City and beyond.

Ecology and landscape architecture have a lot in common, even if the former is tilted toward the nature and ecological process while the latter is tilted forward people and aesthetic. How can ecology be better integrated with the design imperatives of landscape architecture to find the best of both, to the benefit of both people and nature? How can design be both aesthetic and ecological functional? Where can ecology let people in?

In the UK the prefix ‘Garden’ is being applied to a range of proposed new settlements to make them politically acceptable. Globally one can see many similar examples of green branding and re-branding of places. The Black Country Garden City was an initiative by local urbanists to re-invent and subvert the Garden City concept and apply it to an existing post-industrial conurbation. Through a series of opens studios they developed a new vision for the Black Country that has now gained traction with local business leaders and been used to attract investment at the international property expo MIPIM. Green branding cannot just be empty sloganeering (“greenwashing”), especially in communities struggling to reinvent themselves. How can “greening" help raise aspirations and fire the debate on integrating urbanity and nature?

7. Art to inspire cities: Beyond aesthetics

"The job of the artist is not to reaffirm what we believe, but to challenge and expand it"—James Turrell. "In art, real knowledge is not what comes from hearsay, or what is gained by listening to the consensus, but what is unconcealed by deep engagement"—Enrique Martinez Celaya. “The new art … will straddle the space between specializations, the human and the inhuman, the ethical and the aesthetic, between practical and abstract thinking, empathy and intuition.”—Lázsló Moholy-Nagy.

Beyond the purely aesthetic, what are the roles that art plays (or can play) in city building?

8. Building partnerships and frameworks for biodiversity and design

People and organizations get more done when they build partnerships and work for collective impact. Various projects in IUCN and the Landscape Initiatives are examples of global coalitions. Portland’s Intertwine Alliance is a local example. What are they good for? And how can such networks of networks be strengthened through connections from the global to the local?

Biophilia is the idea that people love nature, and, indeed, need it for happy and healthy lives. If this is true, then we need to build more biophilic cities, from the park, to the street, to the office. Beyond metaphor, what are the keys to building concepts of biophilia into the details of city building? How does such design lead to a truly biophiliccity?

10. How can civil society know it is making a difference?

The idea of “value” is very important in green infrastructure in cities. But value has different interpretations. There is the economic and ecosystem service value of green infrastructure. There is also the value people assign to elements of their environment. There are also the Values (capital V) that drive our city building decisions. How do we distinguish these meanings of “value”?

12. Designing for biodiversity in the built environment

We tend to think of development (for example, construction of suburban developments) and biodiversity conservation as fundamentally in conflict. Are they always? How can such conflicts be reduced through dialogue among stakeholders and tools for planning?

13. City building in the Global South: Why does it matter?

It is thought that 30 percent of the urban area that will exist in 2030 has yet to be built. Most of this enormous expansion will happen in the Global South, or developing world. It is a challenge for global sustainability. (But don’t just point your finger at the Global South—we should be consuming less in the Global North.) It is also an opportunity to get some design and sustainability things right. It is also a moral imperative to make sure these Global South cities are livable and just. How is this going to happen?

14. Sustainability and justice in urban planning: The Gordian knot

Nowadays, sustainability and justice are two alleged priorities used lavishly by planners and elected officials to promote their urban policies. Their doxa considers that these two priorities are perfectly synergistic, but they are not as shown by many examples in Paris. Planning for one may produce redlines in the other: Sustainable policies often increase social injustice. How can we tackle this issue? Can urban agriculture foster new urban arrangements to make a city both just and sustainable.

Space is limited to 150. Get your ticket today!
Register
The Intertwine