To inspire a coalition working to preserve and nurture a healthy regional system of parks, trails and natural areas 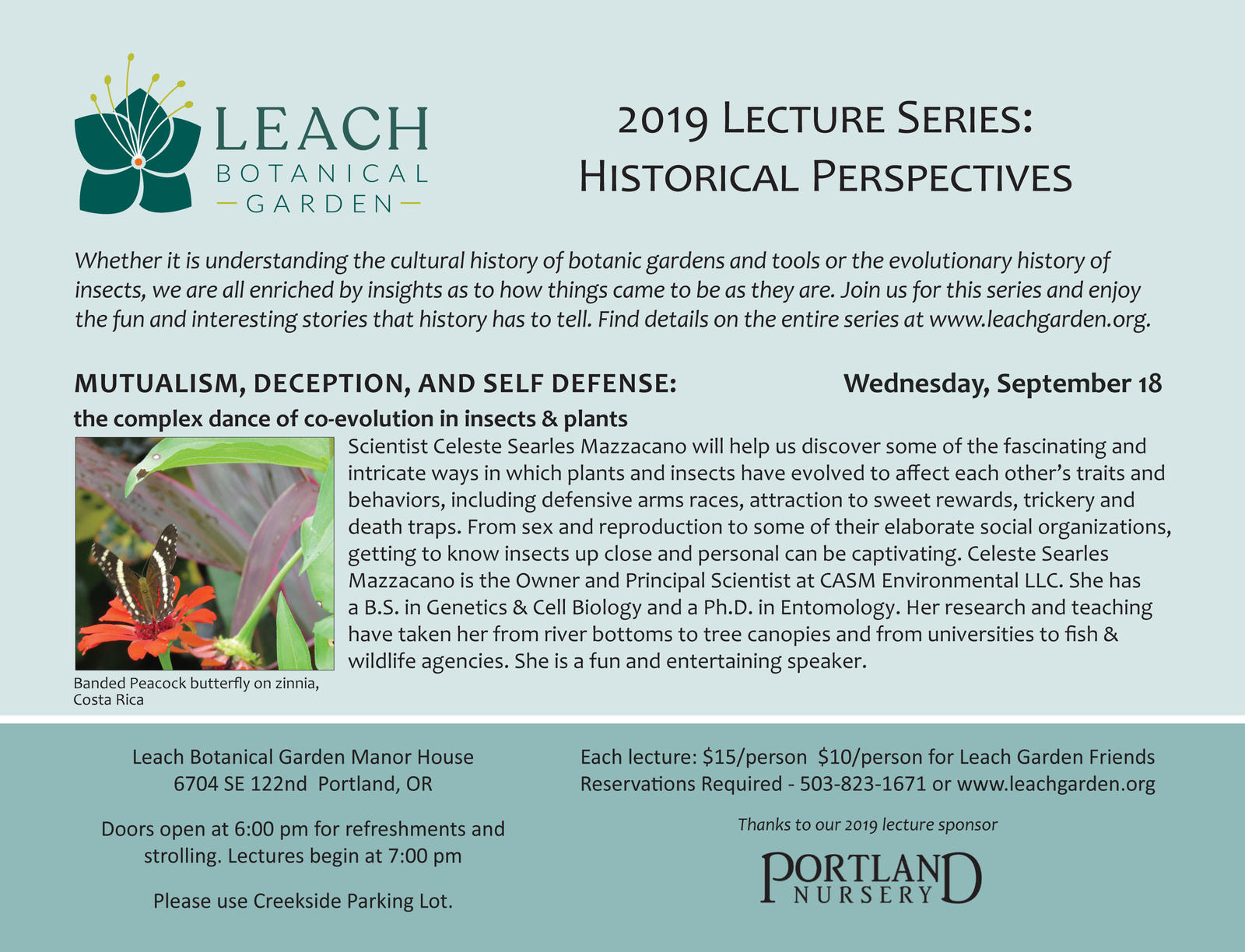 Learn about some of the fascinating and intricate ways in which plants and insects have evolved to affect each other’s traits and behaviors, including defensive arms races, attraction to sweet rewards, and trickery and death traps.

Celeste Searles Mazzacano is the Owner and Principal Scientist at CASM Environmental LLC, where her work focuses on insects, freshwater mussels, and other invertebrates. She has a B.S. in Genetics & Cell Biology and a Ph.D. in Entomology from the University of Minnesota. Her research and teaching has taken her from river bottoms to tree canopies and from universities to fish & wildlife agencies, non-profits, and independent consulting as she investigates and preserves insect species, characterizes their impacts on habitats, and develops management plans that protect the overall ecosystem. As an educator, she strives to impart her almost excessive enthusiasm about insects to others and engender a greater awareness and appreciation of their functions.